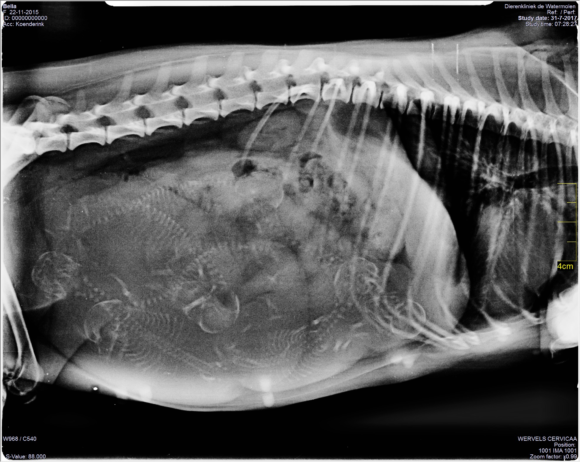 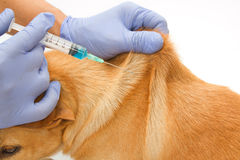 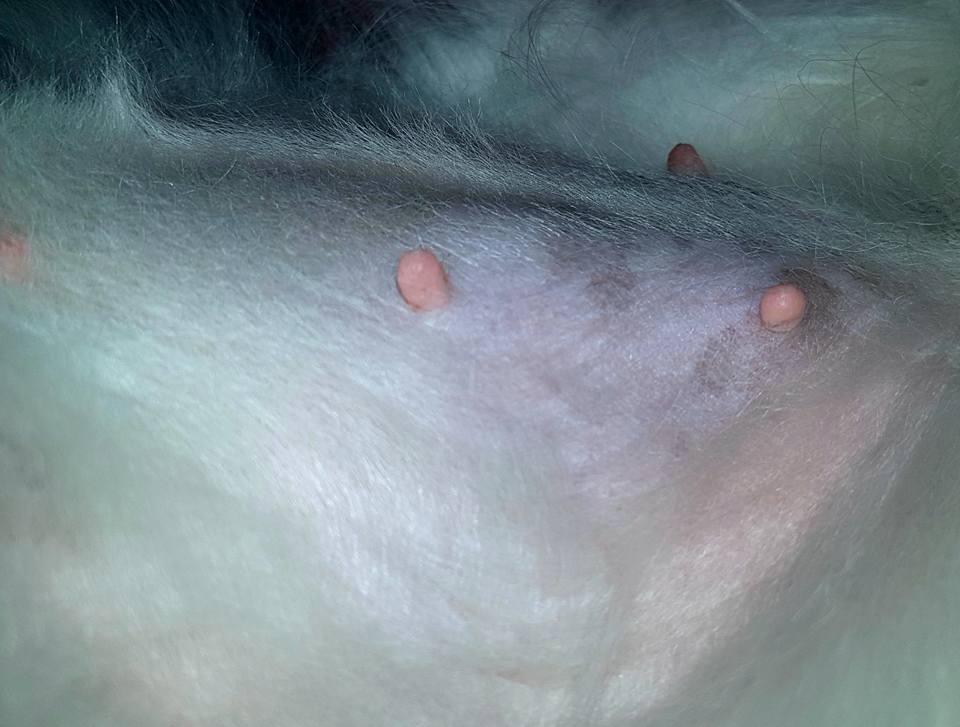 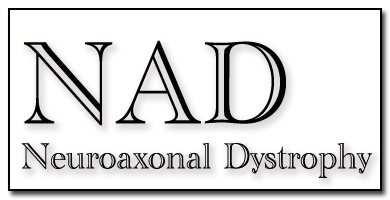 Affected Papillons show symptoms of NAD from an early age, starting as early as 4 months of age. Symptoms include loss of coordination, such as wobbling gait and inability to stand upright (astasia). At 6 months of age neurological symptoms develope, which include blindness, loss of menace response, tremor and development of crossed eyes (strabismus). MRI examination shows cerebellar atrophy, with intact other regions of nervous system. With further disorder’s progression, dog shows difficulty while eating. Due to the low quality of life, affected dogs are usually euthanized at owner’s request.

Histopathological examination revealed a number of axonal spheroids throughout the central nervous system (CNS), including the thalamus, hippocampus, mesencephalon, cerebellar cortex, cerebellar nuclei, medulla oblongata, and dorsal horn of the spinal cord. The number of Purkinje cells in the cerebellum was moderately decreased. A few spheroids may be as well present in the optic nerve.

Neuroaxonal dystrophy Papillon type (NAD) is caused by a mutation in the PLA2G6 gene. NAD in Papillons is inherited in an autosomal recessive pattern. Healthy parents of affected puppy are obligate heterozygotes, and therefore carry one mutant allele. Heterozygotes have no symptoms. Dogs homozygous for the mutation will display the symptoms of the Neuroaxonal Dystrophy PapillonType (NAD). At conception, when mating two carrier dogs, each cub has a 25% chance of being affected, a 50% chance of being an asymptomatic carrier, and a 25% chance of being unaffected and not a carrier.